GR Supra GT CUP started from this April, during the 6 months till September, all 13 rounds are held, fierce battles were repeated over the various locations all over the world.

The races were closely fought, with small errors separating the winners from the losers

The semi-finals took place at Fuji Speedway. The races were closely fought, with small errors separating the winners from the losers—a quality that makes one-make races unique.

The semi-finals were split into two groups: Group A saw representatives from Europe, the Middle East, Africa, and Oceania compete; drivers from North America, Central and South America, and Asia were in Group B. The top-six finishers from each race would proceed to the final.

In Group A, Germany’s Mikail Hizal lined up on pole and managed to maintain his position from the start. He executed an error-free drive and won the race cleanly.

In Group B, all the Asian representative spots were taken up by leading Japanese drivers. Tomoaki Yamanaka and Ryota Kokubun, two drivers with a number of tournament wins between them, were identified as the competitors with the highest probability of winning through to the final.

Japanese drivers had secured the top six places during the earlier qualifying rounds and, for this reason, there was some expectation that they could all progress to the final. Yamanaka started on pole. However, he was involved in a battle with Takuma Miyazono from the middle of the race onward, and relinquished the race lead to Kanata Kawakami. Yamanaka subsequently incurred a penalty for running into one of his rivals on the last lap, and failed to qualify for the final. From Group B, it was Kawakami who qualified in first place.

Yamanaka was regarded as one of the leading contenders for overall victory, so it was a shock to see him eliminated in the semi-finals. Soon, however, it was time for the 12 successful drivers to fight it out in the final. The tournament champion would be decided over six laps of Circuit de Spa-Francorchamps, a high-speed circuit that plays host to numerous top-tier events, including Formula One and the World Endurance Championship.

An additional rule was implemented for the final—both the medium and soft sports tires had to be used for a minimum of two laps each. The final was also subject to exceedingly severe in-game settings, with a Tire Wear Rate of 14x and a Fuel Consumption Rate of 3x. The competitors were well aware that the choice of tires for the start of the race and in-race tire management would have a significant impact on the outcome.

The grid positions for the final were decided by the finishing times in the semi-finals, which meant that Hizal, who had won Group A, was on pole, with the winner of Group B, Kawakami, lining up in second place. Filling out the top five positions were Ádám Tápai, Daniel Solis, and Baptiste Beauvois.

As far as the all-important tire-selection was concerned, Beauvois in fifth, and Coque López, Kokubun, Cody Nikola Latkovski, and Lucas Bonelli—who started in ninth to 12th positions—opted for the mediums; the other drivers all chose to start on the softs.

Hizal was focused solely on his own race, and taking major strides toward victory

The race began with a rolling start, and Hizal immediately sped away. From the sweeping, uphill, ultra-high-speed Eau Rouge corner to the Kemmel Straight, Hizal managed to build a gap of close to a second over Kawakami in second place.

At the S-shaped Les Combes corner which comes immediately after the Kemmel Straight, Solis dived down the inside of Kawakami for second; on the switch-back, however, the American lost control of his rear, and exited the corner back in third.

Further back, Miyazono received a half-second penalty after all four of his tires left the race-course, and he increased his speed in order to counter the effects of the penalty. Miyazono passed Tápai, then, at the final Bus Stop Chicane, he attacked down the inside of both Kawakami and Solis. However, he was forced wide on the exit and dropped down to sixth position as a result.

After just one lap, Hizal had stretched his lead over second place to more than 2.5 seconds. He was focused solely on his own race, and taking major strides toward victory.

While Kawakami was keen to chase down Hizal in first, he also had to contend with Solis who was pressing from behind. This made it difficult for the Japanese to press on.

Miyazono, meanwhile, had overcome the time loss from his penalty, and was battling for fourth position with the two Hungarians, Tápai and Zsolt Szarka.

Mikail Hizal won the race with an overwhelming 6.395 seconds advantage over second place, and became the inaugural champion of the GR Super GT Cup.

With the exception of Kokubun, all the drivers who had started the race on medium tires changed to softs at the end of lap two, preparing themselves to attack in the latter stages of the race.

At the end of the third lap, Miyazono was the first of the soft runners to switch to mediums; he rejoined the race in seventh, just ahead of Beauvois, who had earlier pitted for softs.

Hizal pitted on lap four, with a gap of close to four seconds over his closest rival, and returned to the circuit with his race lead intact. Kawakami in second and those behind him also began to make the change to mediums.

As the race approached its climax, Beauvois closed in on Miyazono. López made it a three-way battle for fourth immediately after exiting the pits.

But on the sweeping Les Combes corners that come at the end of Kemmel Straight, Beauvois strayed off course with all four tires and was hit with a half-second penalty.

López took the fight to Miyazono in place of the Frenchman. Yet despite being on the mediums, Miyazono was keeping pace with those on the soft tires, and started to close the gap to Solis in third place.

Miyazono attempted an overtake at the Bus Stop Chicane, but Solis coolly shut him out and held position.

As the race entered the final lap, López closed in on the battle for the final podium position between Solis and Miyazono.

With both Solis and Miyazono running wide on the exit from the first corner, López took advantage of the superior grip of his soft tires to jump up to third just before Eau Rouge.

But, at the same place as Beauvois had earlier, López went off-track with all four tires and received a half-second penalty.

Knowing he would keep hold of third place if he could create a gap of 0.5 seconds or more, López did everything in his power to eke out an advantage. Behind him, Miyazono, Solis, Latkovski, and Szarka were engaged in a mighty struggle for position.

In the end, Mikail Hizal won the race with an overwhelming 6.395 seconds advantage over second place, and became the inaugural champion of the GR Super GT Cup.

Kawakami came home in second and, just before the line, Miyazono overtook Solis to clinch third.

Mikail Hizal from Germany became the champion of the “GR Supra GT CUP” which was held with “FIA Granturismo Championship World Tour 5” at Tokyo Motor Show 2019. Kanata Kawakami from Japan won second place, and Takuma Miyazono from Japan placed third. These top three drivers will be invited to “TOYOTA GAZOO Racing FESTIVAL” in Fuji International Speedway on December 15th (Tue.) and the award ceremony will also be held. 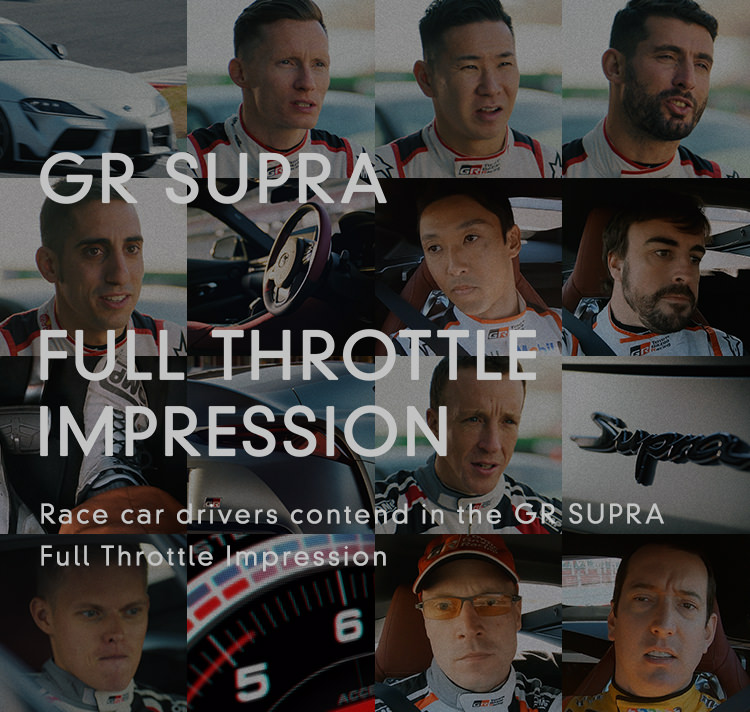