The TOYOTA GAZOO Racing World Rally Team is celebrating its third win and double podium finish from four events so far in 2021 after Elfyn Evans claimed victory at the Rally de Portugal. Sébastien Ogier finished third and continues to lead the drivers’ championship – two points in front of Evans – while the team has extended its lead in the manufacturers’ standings.

Along with co-driver Scott Martin, Evans drove a consistent and intelligent rally and was rewarded with the lead on Saturday afternoon. His advantage coming into the final day’s five stages was a narrow 10.7 seconds, but he stormed through the opening test 8.9s quicker than anyone else to almost double his margin. He claimed two further stage wins later during the morning – bringing his tally for the weekend to six – and ultimately sealed victory by 28.3s. It’s the fourth win of his WRC career, and his third since joining Toyota at the start of 2020.

Ogier and co-driver Julien Ingrassia recovered well from the disadvantage of running first on the road on Friday and sweeping the loose gravel stages. Securing third overall, he saved his tyres for the rally-ending Power Stage to try and secure as many points as possible. He set the third-best time, giving him three bonus points and his two-point advantage in the standings over Evans, who was fifth-fastest in the same test as he sealed the overall win.

Finishing a superb fourth place after a fast and consistent weekend, Takamoto Katsuta claimed the best result of his career to-date, driving a Yaris WRC as part of the TOYOTA GAZOO Racing WRC Challenge Program.

After retiring due to technical reasons on Saturday afternoon, Kalle Rovanperä restarted this morning, taking the opportunity to gain further knowledge and also setting the fourth-best time in the Power Stage.

Quotes:
Akio Toyoda (Team Founder)
“Elfyn and Scott, congratulations and thank you for bringing valuable points to the team. Turning their frustration in Croatia into power, they showed their strength on the difficult roads in Portugal. I would also like to thank our fans for the passionate support throughout the weekend.”

“Takamoto, congratulations on the best result of your career! When I checked the live results in the middle of the event, he was only 1.5 seconds behind Seb who was in third place. I was very impressed when he set the top times in Croatia but I was even more surprised by his progress this time. I expect he will continue to surprise us in the future.”

“As Takamoto becomes a top driver, he will be faced with an environment that he has never experienced before and he may feel worried or lost then. But he can believe in me and my team, as our team always put drivers’ growth first and shares the joy of their improvements. We can continue to grow together.”

“I was at Fuji Speedway this weekend for a 24 hours endurance race. I used a kind of “magic word” to my team at Fuji and I heard Jari-Matti also used the word to the team in Portugal. I always feel that Jari-Matti and I are working together nearby even though we are physically so far apart. I really appreciate the team’s hard work during the weekend. Kiitos！Preparation for Sardinia starts right away, so we will keep working hard together.”

Quotes:
Jari-Matti Latvala (Team Principal)
“We are very, very happy with this result. At the beginning of the rally it wasn’t looking like we would finish on the highest step of the podium. But in rallying you have to complete every corner until the end of the very last stage, and in the end we won the rally, which is always a fantastic feeling. Elfyn has been the most consistent driver over the weekend and the performance has been at a high level as well. And generally the team has been doing really good work over the weekend with a lot of positive things to take away: Seb scoring the third place, bringing great points for the championship, and also Takamoto taking his best ever result in fourth. Unfortunately it was a more disappointing rally for Kalle, but I’m sure he will be very motivated to come back strongly.”

Sébastien Ogier (Driver car 1)
“Today we were focused on securing the third place overall and securing some bonus points in the Power Stage. We couldn’t get the maximum there but three points is certainly better than nothing, and 18 points overall from the weekend is a positive result. I don’t like when I’m not able to fight for the very top positions, but that was kind of expected coming here leading the championship and running first on the road, so we did what we could. We need to keep working and improve the pace for the next rally in Sardinia and see what we can do there, even though I expect it will again be challenging. Every time we score good points is a step towards the championship.”

Elfyn Evans (Driver car 33)
“Obviously it’s a fantastic way to finish by clinching the win. It wasn’t all plain sailing all the way through the weekend, and we maybe weren’t the absolute fastest crew, but we still had really good pace and the performance was generally quite consistent. This morning we knew that there wasn’t such a big gap to second place, so we had to go out and give it our all. That’s what we did, and we managed to set a few good times just to build up a bit of an advantage. In Croatia it was quite painful to miss out so it feels good to get this one sealed with relatively little drama.”

Kalle Rovanperä (Driver car 69)
“From my side the weekend has been a disappointment. We had many issues and lost some good points from this, but that’s rallying sometimes and we just have to continue onto the next one. Today we had the chance to test some different setups for the car in the first loop to help prepare for the next rallies. After that, we didn’t have such good tyres for the Power Stage compared to some other drivers. I really tried to push to the maximum that I could, and it was good that we got at least two points – it was just not really possible to get a better time with the tyres that we had.”

What's next?
Rally Italia Sardegna (June 3-6) features fast and narrow stages coated with fine and sandy gravel, which is swept away by each passing car to leave rockier and rutted roads. Exposed rocks, as well as trees at the side of the road, can catch out the unwary. Temperatures can often be high, increasing the stress on the cars and the tyres. 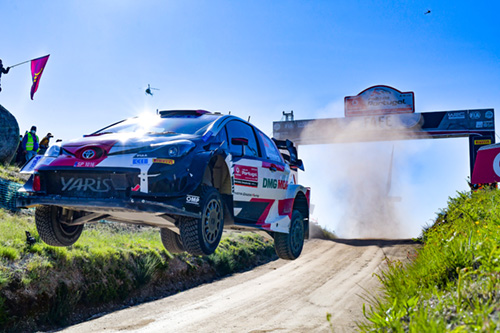 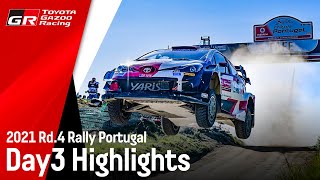